Does Nationwide Mutual Drug Test In 2021? 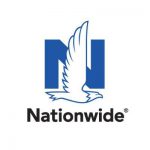 *Data is contributed anonymously and may not be 100% correct

We'll walk you through every step of the journey from the time you're considering a career at Nationwide Mutual & Help you learn how to evaluate and prepare for any future drug tests. For more information you should visit the drug testing policy via an official employee handbook or by speaking to a company representative.

We are not affiliated, associated, authorized, endorsed by, or in any way officially connected with Nationwide Mutual, or any of its subsidiaries or its affiliates. The name “Nationwide Mutual” as well as related names, marks, emblems and images are registered trademarks of Nationwide Mutual